Trampoline gymnast’s pound a woven nylon ‘bed’ held in place by 116 springs on which gymnasts can jump as high as ten meters; that’s two and a half double decker buses. That’s the same as falling from a four story building and turning around three times before landing perfectly on your feet. It needs determination, bravery, commitment and style to chase the dream. 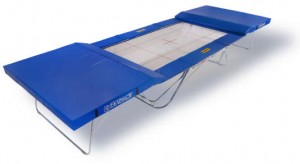 For those adrenaline junkies out there, here are some facts that might interest you. The amount of G force on your face in a triple somersault is 4.2 G that’s twice the fastest rollercoaster in the world. Now that’s crazy. As if this wasn’t enough, we gymnasts have our own language…. From Adolph’s to Wraps, Arabian to Periwinkle it’s all in there. Bet you didn’t know a randy is a forward somersault with 2 and a half twists?

Classes can be found for all price ranges, and abilities at various leisure centres throughout Leicestershire and Loughborough, at a place and time that suit you.

The history of trampoline is very vague as to who actually invented the trampoline. However, it is thought that Eskimos used walrus skin to throw themselves in the air. Though, there is also evidence that people in England were tossed up into the air by a blanket during Stage acts and they used a bouncing bed, actually a trampoline covered in bed sheets to please spectators in comic routines. The first trampoline used by circuses was devised by Du Trampolin a trapeze artist for safety under his acts hence the name Trampoline.
During World War II the US Navy Flight School used trampolines to allow their pilots to practice orientation. It was also used by American and Soviet astronauts to practice body positions for future use in space in flight. In the 1930s an American gymnast and inventor, George Nissen created a trampoline similar to the type used in recreational clubs today.
As trampoline became a competitive sport in America and increased in popularity, he publicised this new sport and it was used in physical education in schools.
The trampoline was then introduced in Europe by Ted Blake in England and Kurt Baechler in Switzerland working with George Nissen. Originally Baechler created the ten skill routine and an early difficulty system classifying.
In 1946 World Championships were held in London to bring together gymnasts of all countries, the world championships saw the founding of the International Trampoline Federation which became the official governing body of the sport.
1999 saw the creation of the International Federation of Gymnastics (FIG) where all gymnastics disciplines were included, including trampoline, double mini trampoline (DMT) and tumbling.
In the 2000 Olympics in Sydney trampoline was included for the first time. This spring boarded the popular backyard activity with children and adults across the world. 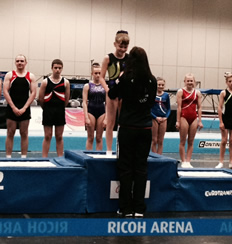 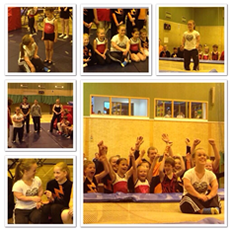 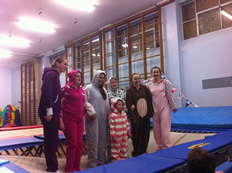 See our Gallery for more pics!